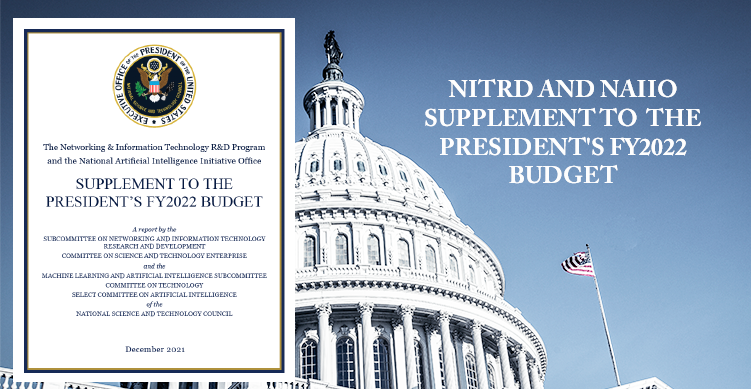 Information technology (IT) and its enabling digital technologies in computing, networking, and software have radically transformed human society across the globe over the 75 years since the end of World War II. American innovators, companies, universities, and government together created a prolific science and technology (S&T) research and development (R&D) ecosystem to lead this global transformation. As competition for leadership in high-performance computing (HPC) began to escalate across the world in the 1980s, U.S. legislators felt the imperative to proactively guide and coordinate Federal R&D for HPC, IT, and networking innovations in order to protect American interests. In the High-Performance Computing Act of 1991, Congress launched what is now called the Networking and Information Technology Research and Development (NITRD) Program; Congress has reauthorized and expanded the NITRD Program three times, most recently in the 2017 American Innovation and Competitiveness Act. NITRD celebrates 30 years of innovation and collaboration in December 2021.

The NITRD Program’s mandate is to coordinate high-impact Federal R&D that identifies, develops, and transitions into use the secure, advanced capabilities in HPC, IT, networking, and software that the Federal Government needs, and to foster vibrant public–private R&D partnerships so that, working together, American scientists, policies, and facilities can capably provide the world-leading IT technologies on which the Nation depends. The Program also seeks to build, support, and leverage a diverse, highly skilled S&T workforce and international alliances. Representatives of the 25 NITRD member agencies, National Science and Technology Council (NSTC), Office of Management and Budget, and White House Office of Science and Technology Policy (OSTP), comprise the NSTC’s NITRD Subcommittee, which oversees the NITRD Program with operational assistance from the Program’s National Coordination Office (NCO). The President’s Council of Advisors on Science and Technology (PCAST) independently reviews the NITRD Program at least every three years.

This report meets NITRD’s obligation to submit to Congress annually a Supplement to the President’s Budget in which member agencies describe their R&D budget requests and programs and activities for the coming fiscal year in HPC, IT, and networking. The report also addresses how the NITRD Program and its members plan to support the S&T priorities of the President and OSTP (see sidebar on page 1).