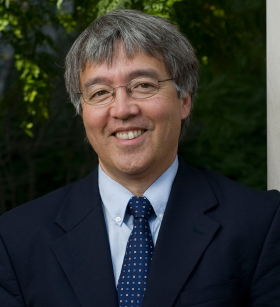 Jim Kurose is a Distinguished University Professor in the Manning College of Information and Computer Sciences and Associate Chancellor for Partnerships and Innovation at the University of Massachusetts Amherst. He has held several visiting scientist positions including at the Sorbonne University, INRIA, Technicolor, and IBM Research. From 2015 to 2019, Jim served Assistant Director at the NSF, where he led the Directorate of Computer and Information Science and Engineering, and in 2018 also served as the Assistant Director for Artificial Intelligence in the White House Office of Science and Technology Policy. While at NSF, he also served as co-chair of NITRD and of the NSTC subcommittees on AI and Machine Learning, and on Open Science. His research interests are in computer networks and multimedia systems. He has received a number of awards for his research, teaching and service, including the IEEE Infocom Award, the ACM SIGCOMM Lifetime Achievement Award, the IEEE Computer Society Taylor Booth Education Medal, and the CRA Distinguished Service award. He is the co-author of the textbook, Computer Networking: a Top Down Approach (Pearson), now in its 8th edition. He is a member of the National Academy of Engineering and a Fellow of the ACM and IEEE.