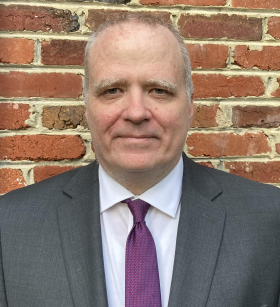 Dr. Bonneau is currently Director for Software, Communications, and Networking in the Office of the Secretary of Defense, Under Secretary of Defense for Research and Engineering, Research and Technology. He is the co‐chair of the White House Office of Science and Technology Policy (OSTP), National Information Technology Research and Development (NITRD), Large Scale Networking Interagency Working Group. Dr. Bonneau was also the Chief of the Information, Decision, and Complex Networks Division at the Air Force Office of Scientific Research, where he established the Complex Networks, and Foundations of Information Systems Programs. He has held academic positions most recently in the Statistics Department at George Washington University, and engineering and computer science departments at Columbia University, Rensselaer Polytechnic Institute, and Temple University. Dr. Bonneau has also held military positions in the Air Force Research Laboratory and DARPA and retired from the Air Force Reserve at the rank of Lt. Colonel. Dr. Bonneau has a Ph.D. in electrical engineering from Columbia University, and a Masters and Bachelors in electrical engineering from Cornell University. Dr. Bonneau has served as Associate Editor of the Springer Journal of Infrastructure Complexity, has over 85 journal and conference papers, has 1 book co‐authorship, contributed to 2 book chapters, holds 3 patents, and is a Senior Member of IEEE.