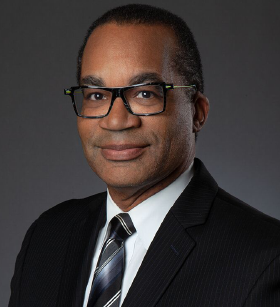 Timothy M. Pinkston is the George Pfleger Chaired Professor of Electrical and Computer Engineering and Vice Dean for Faculty Affairs in USC’s Viterbi School of Engineering.  He earned his B.S. degree in Electrical Engineering in 1985 from The Ohio State University (OSU), and his M.S. and Ph.D. degrees in Electrical Engineering from Stanford University in 1986 and 1993, respectively. Prior to joining the University of Southern California (USC) in 1993, he was a Member of Technical Staff at Bell Laboratories, a Hughes Doctoral Fellow at Hughes Research Laboratory, and a visiting research at IBM T.J. Watson Research Laboratory.  He served as a Program Director at the NSF from 2005-2008, serving as founding Lead Program Director of CISE’s Expeditions in Computing Program (2008).  With expertise in computer systems architecture and interconnection networks, Dr. Pinkston is a Fellow of the AAAS, ACM IEEE.  He is cited for distinguished contributions to the field of computer systems architecture, and particularly interconnection network routing algorithms, and leadership in expanding computing research and broadening participation in computing.  He has received other honors and awards, including recently being the recipient of a Distinguished Alumnus Award for Academic Excellence, from OSU’s College of Engineering.