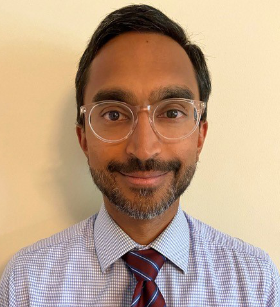 Joydip Kundu currently serves as Deputy Assistant Director for the Directorate for Computer and Information Science and Engineering (CISE) at the U.S. National Science Foundation (NSF). Prior to this role, he served as the Deputy Division Director for the CISE Division of Information and Intelligent Systems. He has overseen the evolution of a number of crosscutting funding opportunities and has played a key role in the formulation and implementation of the National Artificial Intelligence Research Institutes program. Prior to joining NSF, he was a Program Examiner at the White House Office of Management and Budget, covering NSF, the National Aeronautics and Space Administration, and the Department of Energy. He has also been a Research Associate investigating theoretical physics at the University of Maryland. He received his A.B. in physics and mathematics from Harvard University and Ph.D. in physics from the Massachusetts Institute of Technology.