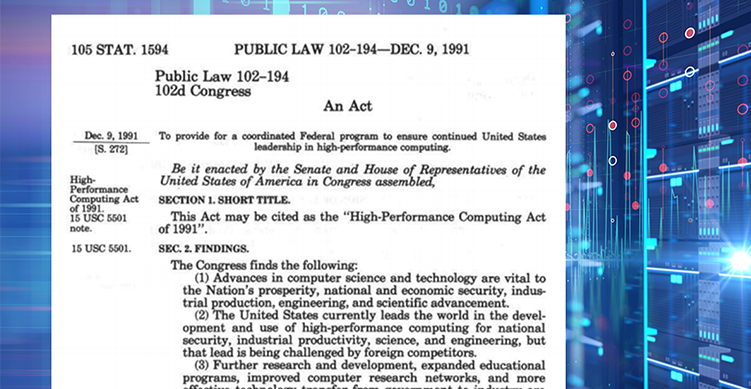 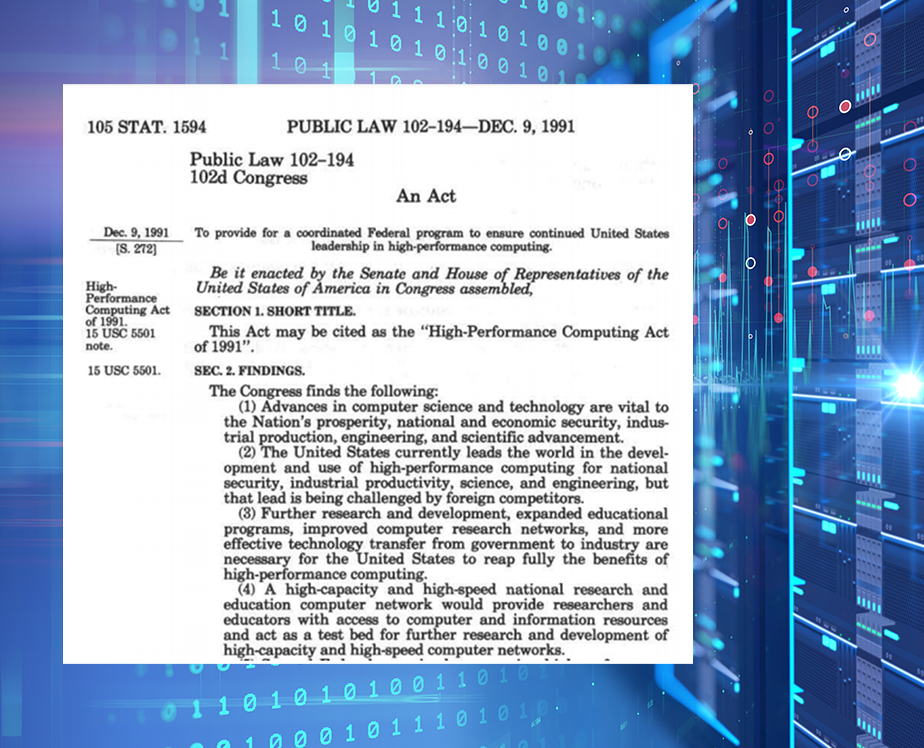 Federal research and development (R&D) investment in emerging technologies is critical to promoting and protecting American innovation and international science and technology (S&T) leadership. The Networking and Information Technology R&D (NITRD) Program focuses its work on strategic R&D imperatives that lead to cutting-edge technologies and strengthens competitiveness. The NITRD Program was launched as the High-Performance Computing and Communication Program by the High-Performance Computing (HPC) Act of 1991 and reauthorized by Congress in the American Innovation and Competitiveness Act of 2017. One of the key parts of this legislation was to establish a mechanism to lead the coordination of HPC R&D in the Federal Government. This mission has been expanded over the years to coordinate Federal agencies’ R&D broadly across advanced computing, networking, and information technology (IT). Through NITRD, Federal agencies exchange information; collaborate on research plans and activities such as testbeds, workshops, strategic planning, and cooperative solicitations; and focus their R&D resources on common goals of making new discoveries and/or developing new technology solutions. The successful interagency coordination leverages IT advances arising from Federal R&D investments to address our nation’s most critical priorities. The legislation also expanded federal R&D support for HPC, ensuring the U.S.’s continued technological leadership. This increased commitment to S&T R&D has been reflected in the growth in investments by NITRD’s Federal agencies from less than $5 Million in 1991 to more than $6.5B in Federal IT R&D reported in FY2021 (see NITRD Dashboard). As the Nation’s primary source of federally-funded IT R&D, NITRD continues to foster the transition of HPC, advanced networking, and IT research innovations into practical use to meet the critical needs of the Federal Government and the Nation. 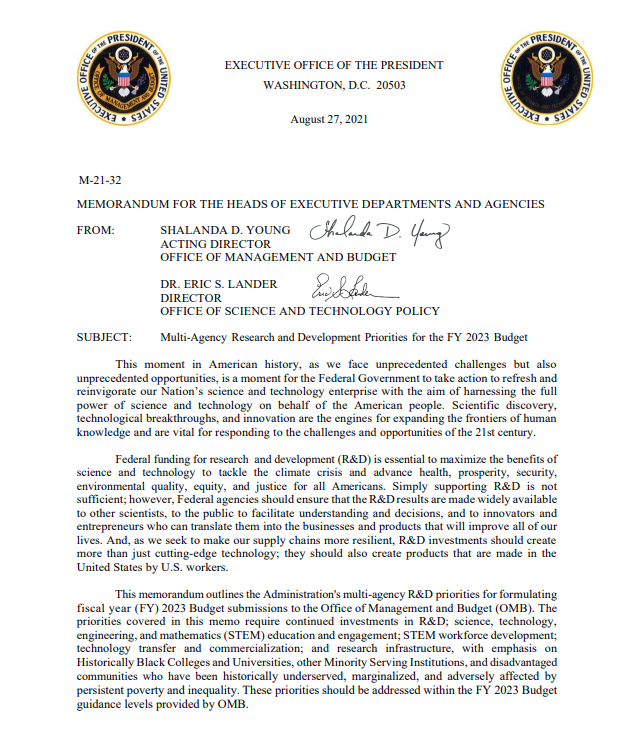 In support of the Biden Administration’s FY2023 R&D priorities, NITRD champions advances in the fields of artificial intelligence, HPC, robotics, quantum information science, cybersecurity, advanced communications technology, big data, and health IT – important components in the President’s goals to strengthen the Nation’s infrastructure and ensure the long-term health of our nation’s S&T enterprise. Agencies are leveraging coordination programs such as NITRD to accomplish R&D priorities that cannot be addressed solely by a single agency. NITRD facilitates the cross-agency collaboration that can help ensure large-scale data and high-resolution modeling and simulation will be able to address global challenges, such as climate change, pandemics, and disaster preparedness.

This year NITRD is marking the 30th anniversary of the signing of the High-Performance Computing Act of 1991 and will begin the celebration at SC21 with a Birds of a Feather session, From Exascale to Quantum and Beyond: The Future of Federal HPC R&D will examine the future of HPC and what applications are spurring innovation. After that, the celebration continues with Larry Smarr’s Invited Talk, The Rise of Supernetwork Data Intensive Computing on Thursday morning (Thursday, 18 November 2021 9:15am – 10am CST), which will cover the architectural transformation in high performance data-intensive computing that was anchored by the HPC Act of 1991. NITRD looks forward to another 30 years of advancing scientific discovery, technological breakthroughs, and innovation that are the engines for expanding the frontiers of human knowledge and are vital for responding to the challenges and opportunities of the 21st century. Join us for a walk down memory lane and a glimpse into the future!