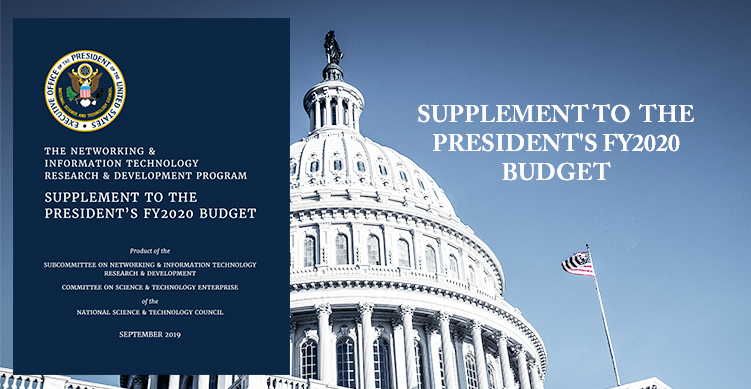 Information technologies (IT) – including networking, computing, and software – comprise the most broadly transformative suite of technologies ever invented. American innovations in these fields since the late 1960s have led the world into a new technological era and opened countless practical capabilities and opportunities on which the security and prosperity of the United States today depend. Also vital to the Nation’s prosperity and security are IT advancements that mitigate potential risks posed by adversarial breaches of the country’s increasingly interwoven IT-based operations.

As IT capabilities and applications began to advance vigorously in the 1980s, the U.S. Congress recognized the urgency of coordinating federally funded networking and information technology research and development (R&D) to effectively channel public investments in these technologies. Congress established the Networking and Information Technology Research and Development (NITRD) Program in the High-Performance Computing Act of 1991 and has reauthorized it three times, most recently in 2017 by the American Innovation and Competitiveness Act. The NITRD Program’s charge is to help coordinate R&D by Federal agencies to efficiently identify, develop, and transition into practical use the advanced networking and IT capabilities needed by the Federal Government and the Nation.

The NITRD Program currently coordinates the IT R&D activities of 24 Federal agency members and over 45 other participating agencies with program interests and activities in IT R&D. The Program is managed by the NITRD Subcommittee of the National Science and Technology Council’s Committee on Science and Technology Enterprise, with day-to-day support from its National Coordination Office (NCO). As required by legislation, NITRD and NCO must annually compile and send to Congress a Supplement to the President’s Budget that provides the NITRD-relevant R&D budgets requested by member agencies and that details key agency R&D programs and coordination activities.

The President and Congress continue to recognize the seminal value to the security and prosperity of the United States of leading the world in IT innovations and applications. The FY2020 NITRD R&D Budget focuses on R&D investment and coordination in pivotal IT-related technologies that support the leading industries of the future – a core science and technology (S&T) investment focus of the Administration. It defines these industries of the future and their associated technologies as artificial intelligence (AI), advanced manufacturing, quantum information science (QIS), and fifth-generation (5G) wireless communications. All of these have significant IT components that relate directly to the NITRD Program’s R&D coordination mission. American success in these trailblazing fields will rely on both basic and applications-driven research; ongoing support for the R&D infrastructure; public-private R&D partnerships (PPPs) across the U.S. innovation ecosystem; and effective education of the American public and workers in science, technology, engineering, and mathematics (STEM) fields.

NITRD Interagency Working Groups (IWGs) and their participating agencies’ Program Component Area (PCA) investments work directly and indirectly to support the Administration’s priority to advance IT technologies into practical use in the cutting-edge industries of the future.

In response to Executive Order 13859, “Maintaining American Leadership in Artificial Intelligence,” and in support of The National Artificial Intelligence Research and Development Strategic Plan: 2019 Update, this NITRD Budget Supplement reports for the first time a summary of Federal investments in AI (except for DoD and DARPA investment levels, which were not available). Since artificial intelligence as a topic intersects with multiple PCAs, NITRD worked with the Federal agencies to establish a new process for accurately accounting for these AI investments. The FY2020 request sets a baseline going forward for reporting and tracking AI R&D investments, consistent with the AI Executive Order…